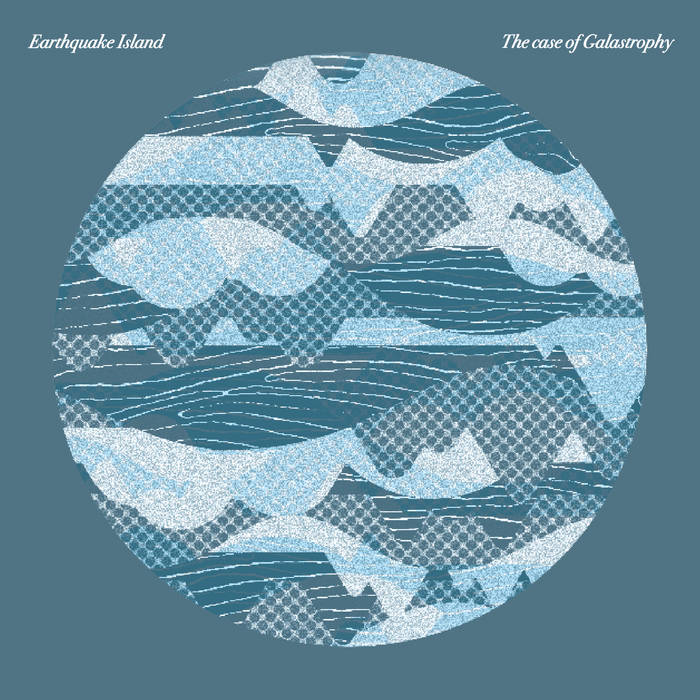 The case of Galastrophy is a record that speaks of sweet abandon and physical/spiritual and existential analysis: a journey through the inner galaxies and the deep ancestral spirals that are the focus of the heart.
Earthquake Island uses sampling as the starting point of every song, the digging is done in a comprehensive way without exclusion of media, wether it is an old vinyl, an Mp3, or a youtube video, every sound source becomes part of his compositional palette, without which detachment would be felt. Everything is finely balanced, organic, crisp, vibrant and alive.
Songs are composed of overlapping textures, where brush strokes and glazes overlap, chasing each other, leaving the chorus to immediately return to be part of the composition. The result is a record which is different during each listen, full of hidden details and subject to multiple interpretations.
The language used is filmic and visionary and suggests lunar environments, mystical and mythical where human life is closely linked to the environment, the gods that he believes in and the small dramas of his micro/macro cosmos.

Sunrise on
The world is pink / orange, dawn is the new life. Where a moment before there was only darkness, now the strong contrasts of the long shadows peep on the new day. Even the smallest object, for a moment, can seem infinite watching his shadow.

My moon, my moon
There is a garden where every night the cherry trees cloaked in pure white cover the ground and tears of light are switched off at the edges of the sky.
"O my moon, my moon, you're so resonant up there and it's only thanks to you that the tides are getting longer and the night life takes contours better."

Fantastic
Is there life on another planet ... A fantastic planet.
Bluish creatures which have the power to merge together into a single wise creature. The harsh and unforgiving terrain hides an abundance of flora and fauna where a couple of dancers fluctuate in soap bubbles.

Flying Cat 2
Among the perfect geometries of the desert which go around a lunar creature, elegant and sinuous: in his step lies the beauty of all women, in his eyes all the secrets of the world known to us and his senses show a larger reality of what is accessible to us.

The lake and the mist
Sitting on a cold, wet rock on the shore of a lake, contemplating the fog which created the trees. The earth swallowed up by the mist becomes part of the sky. The presence of the lake is the only thing that distracts me from thinking that I'm floating above the clouds.

Galastrophy
Tribute to the old science fiction movies. Those films in which creatures from other worlds were made of tin, where laser guns looked like toys and space suits, diving suits out from the imagination of Jules Verne. Those films full of lights and beeping futuristic computers. The only place where you can feel the Galastrophy.

The record/ film turns momentarily at the end but the ending is as open as the space in which he turns his gaze.

check "The lake and the mist" video:
www.youtube.com/watch?v=8kDy348kJ6g