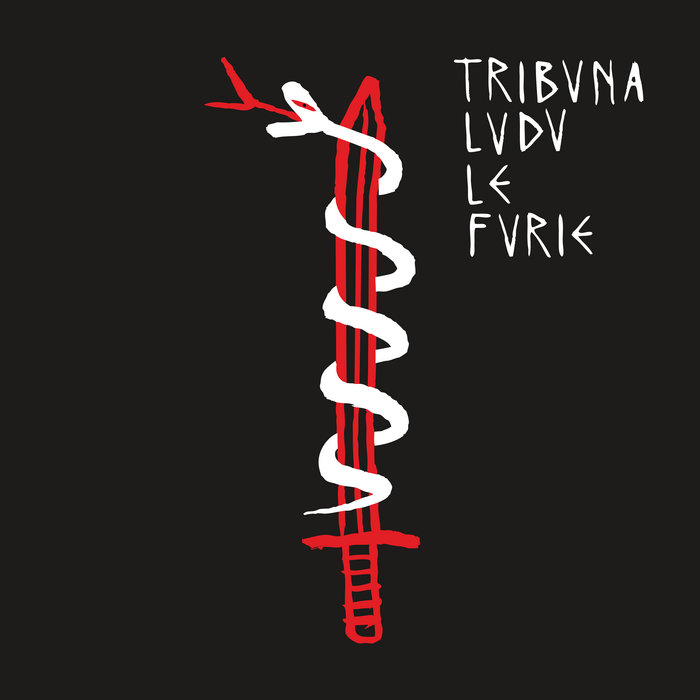 According to Aeschylus and classical mythology The Furies (“Le Furie” in Italian) are infernal deities, viscerally related to blood and to the earth: they embody revenge and embody the guilt that haunts the matricide Orestes. Italian writer Guido Piovene perceived them as obsessions - affecting thoughts and memories - resurfacing from the past in the act of narration. At the crossroads between these two interpretations of the term lies the key to understand Le Furie, the second full-lenght album of Italian industrial punk band Tribuna Ludu. The album aims at celebrating the gloomy atmosphere permeating Aeschylus' Oresteia, but also to testify the clash between the Id's impulses and the Super-Ego's regulatory system. The topic leads to a bumpy ride, the final destination consists in overcoming one's own internal limits. According to these circumstances, revolting against one's self seems the only way to escape the gates of Erebus, in order to eventually reach a reconciliation. Consistently, Le Furie reveals an artistic world that thrives on contrasts. The songs have originated from avant-rock and industrial hints, but they ended up compromising with the cheesiest side of the '90s: a patchwork of influences that includes Big Beat, Eurodance and Scandinavian-style heavy metal paganism. The use of plug-ins has been reduced to a minimum, even though it must be said that purity of sound was not a major concern. Quite often even drums and plates were filtered through the cones of the amplifiers, with the aim of injecting the compositions with the greatest possible degree of hostility. Some songs were recorded live, playing all together in the same room. Others songs were dismembered and recomposed from selected rhythmic samples, according to a technique that relates to both electronic music and bloody butchery. When the beat of the drums matches the screech of metal, when the voice of the choir is mixed with the hum of analog synthesizers, when the barbaric rituals of the past come alive in today's obsessions, that is the right time to get lost, to dance on the edge of the Abyss.