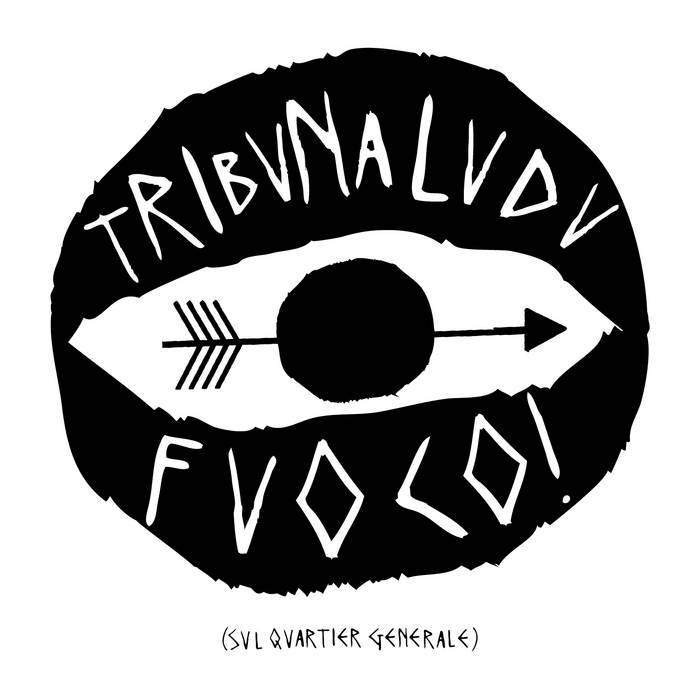 While taking the distance from the reassuring disco beat, we looked to the past, hoping to reach enlightenment in the process. Thinking of “This Heat” and “Einstürzende Neubauten”, we were determined to spawn something totally harsh this time. As often happens in the real world, though, events took a different turn. More than anything else, our journey back in time implied the acknowledgment of a legacy that is strictly personal: we proudly embraced the uncoolness of the ’90s, an age that – for us – basically meant going to the disco in the afternoon, hearing “Firestarter” bring the rave sound to the masses, and witnessing Scandinavian churches go flambé, while northern paganism blended with heavy metal.

The perfect soundtrack to a modern assault to heavens, flamethrower in hand. A riff borrowed from Celtic Frost, accelerated to 162 bpm and blended with the cheesiest electronic music we could think of. Knife between our teeth, pentacle dangling on our chest, and the holy picture of Nietzsche to enlighten a path that leads to revolt. The Es defeating the Super-Ego, thanks to superior firepower. Nuclear warheads thrown straight into the pupil of God©, to annihilate all inhibitions. Guilt is a legacy that haunts every single human being. True believer or not. All of this considered, we stole a sentence from Mao Zedong in order to get rid of this burden. Do sin.

Mice roaming free in the circulatory system, gnawing the gray matter. The crumbling of the self. A downward spiral. There are only two ways to get out of this condition: pointing a gun to your head or taking refuge in a monastery. The latter was Juri Camisasca’s choice. We forgive him only because “La Finestra Dentro” is the most unsettling album we’ve ever heard. The unstructured, insane nature of “Un Galantuomo” has polluted our souls forever.

Hypnosis and dizziness distinguish the track remixed by Backwords (founding member of italian rocksteady legends Casino Royale), turning it into a trip to purification. The slow beat carries the song in a suspended state between dream and reality, while the world around it goes elastic. Dub and punk hand in hand, for a song that definitely tastes like ’90s.