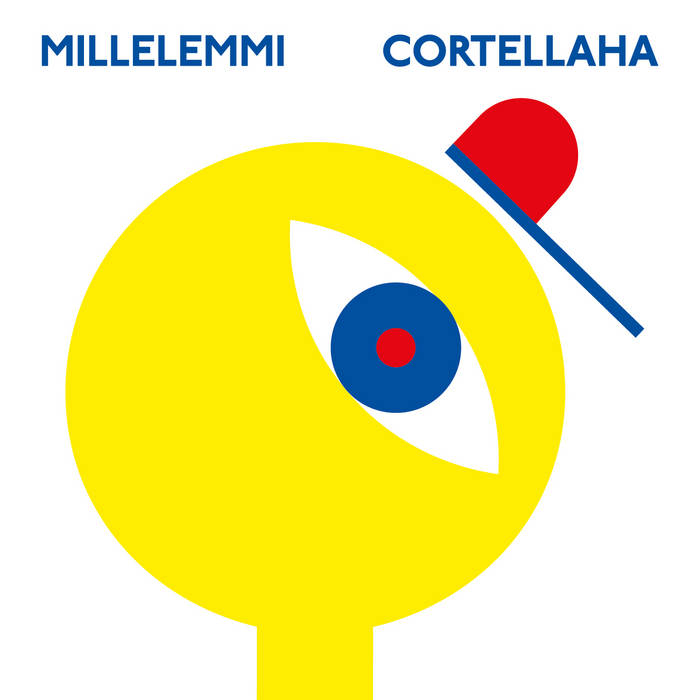 "CORTELLAHA" is a record which has departed from the brainy productions and intimate lyrics which we have become accustomed to. This is a new MILLELEMMI light-hearted and ready to compete in a "boombap" asymmetrical and colorful style.

Produced by TROUBLED MINDS CABIN CREW, with the exception of a piece augmented by COLOSSIUS,  this is a funkadelic record, fat and monolithic, made of breakneck beats, wonky basslines and melodies reduced to the bone.

"DISEGNINO"
With funk production, this song is as simple and disarming as the text which introduces the atmosphere, a grotesque and amusing look at the entire work, the manifesto of a RAP 2.0, irreverent and collegiate.

"GARBAGE MAN"
To describe this track is to evoke images such as trash, reuse, recycling, aesthetics of ugliness. It is a milkshake of words in search of pearls and rarity in an increasingly crowded surplus of useless musical productions.

"BRIVIDI"
This track is filled with wonky beats and a jungle of rhymes to play with the listener's attention. Warning! falling could bruise the skin.

"L' AMARI"
The 70's police atmosphere is a backdrop to the lucid, disillusioned lyrics dissect bluntly the problems related to unemployment figures and the bitterness of life:  a strong sense of helplessness and inadequacy momentarily drowned in a double malt beer!

"LAMPREDOTTO"
The typical raw sandwich becomes the anthem/tribute to the "Florentine" neighborhoods, streets, squares, friends and companions of life.  A hymn of rap that makes the native "C" a must in its slang.

"TIENTI"
Is a tight and dry cerebro / funk track for an ipertechnical / funambolic rap, ready to explode.

"TRENO"
This overwhelming beat is used as MILLELEMMI's train, an inclusive convoy that travels at a great pace in the opposite direction of platitudes and clichés.
This is a record that favors naked and raw groove over the blooms, a successful "test of style":

insert €/$ 0 if you wish to free download, anyway your offer will help us to give you better quality music!!